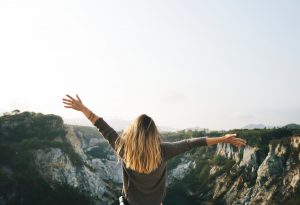 Have you found freedom in the peace and assurance given by the Lord? A young man named John said, “For once, I was at peace and not afraid of dying…” ‘

An Army chaplain showed John God’s plan of salvation and he accepted Jesus. He became free from his past and full of the peace only God can give!

Are you thankful for freedom? When you were born again, you were born into the freedom of Jesus. He broke the chains of the Law and gave you the privilege of being a part of the family of God!

You may be able to look back at your life before Jesus and see patterns of sin, or of constantly trying to be good enough to get into Heaven. By the power of Jesus, you’re no longer a slave to sin or to the Law – you’ve been set free!

It’s so important as believers that we pass along this freedom to others. Just like those who have made sacrifices for our freedom, we ought to make a way for people to hear how they can have freedom in Christ.

This is our focus this week at Evangelism Explosion through our social media channels and our daily broadcast. Visit ShareLife.Today for a book called For God and Country by William J. Federer.

May God richly bless you this week as you share your freedom in Christ!

One Response to Born Free