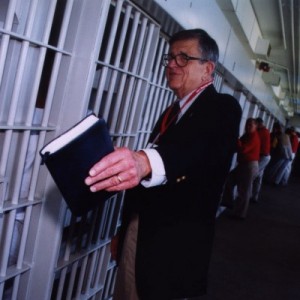 Evangelical leader and Prison Fellowship founder Chuck Colson died Saturday, April 21, at 80. He was a towering figure in the church both in America and around the world who inspired millions.

For any American who lived through the Watergate era the memory of Chuck Colson is indelibly fixed. But, in the midst of Watergate, he had a life-changing encounter with Jesus Christ. After serving seven months in prison for a Watergate-related offense, he put the same drive, tenacity, and brilliance that helped elect a president into building Prison Fellowship, an outreach to prisoners now active in more than 100 nations around the world.

We at Evangelism Explosion have always been an extreme fan of Prison Fellowship. Thousands have been led to the Lord and discipled by this great ministry. It demonstrates one of EE’s core principles: that every Christian is to be a witness. We’ve all been planted in a mission field and given the opportunity to make a difference. This is exactly what Chuck Colson did and the world is a better place for it.

Chuck Colson will be remembered as well as a Christian intellectual, a man whose columns, books, and daily âBreakpointâ radio commentaries brought Christian understanding to issues and helped believers adopt a biblically grounded Christian worldview.Â Â He was also a co-founder of the Manhattan Declaration, which was a coalition of Protestant, Catholic, and Orthodox Christians to speak out for religious liberty, the sanctity of life and traditional marriage.

We are grateful to God for the life of Chuck Colson. His gifts and talents were put at the complete service of His savior in the nearly 40 years since he bowed his knee to Christ. Like EEâs late founder, Dr. D. James Kennedy, his life touched millions. He will be greatly missed. Our prayers and thoughts are extended to his wife and his family as they mourn his death.