Church in Angola Begins with Children posted by Evangelism Explosion on Mar 02, 2021 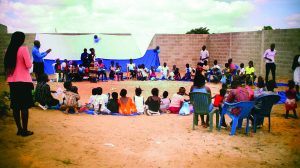 What started as an outreach to an unsettled community in Angola during COVID-19 has turned into a growing church made up mostly of children. FÃ© CristÃ£ Church officially began on September 27, 2020, in an open outdoor space in the Progresso Community of Luanda, Angola. Within just two months, the church more than doubled in size from 20 children to 48.

âThe church is made up of 90% children,â said Emmanuel Zikuassalako of EE Angola. âSome adults are waiting for us to have better conditions, like chairs.â 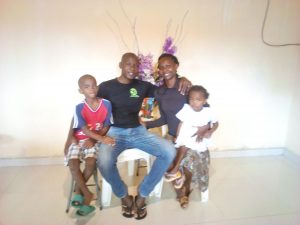 Hope for Kids has been active in Angola since 2018, when a pastor from Mozambique introduced the childrenâs evangelism training tool to churches in Angola. During the next two years, 185 churches in six cities began using Hope for Kids.

When COVID-19 forced the country into lockdown in 2020, Emanuel and his team of twelve Hope for Kids trainers began reaching out to communities in need and handing out masks and soap. While handing out supplies, they shared the Gospel.

One community was the Progresso Community in Luanda. âThe community is totally unsettled,â said Emmanuel. âParents donât live a godly life. Thereâs no work. People suffer from a lack of water, no electricity, and consumption of alcohol. Some children and families live on only one meal per day.â 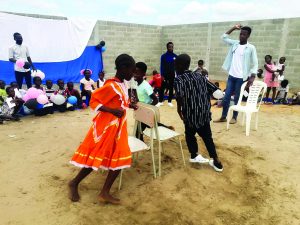 Ten families in the Progresso Community accepted the gift of eternal life and wanted to know more about Jesus. âThey asked for a church because nobody had ever shared with them about Jesus before, and there was no church nearby.â

A month later, when Emmanuel and his wife, Celina, began teaching Hope for Kids to ten children in their home, they were burdened for the children in Progresso. So they asked the families in Progresso if they would be interested in Hope for Kids. They were, but they continued to ask for a church.

Emmanuel negotiated for a piece of open land to set up a church. Then on September 27, in the middle of a global pandemic, they launched FÃ© CristÃ£ Church. On Saturday mornings, children learned more about Jesus and how to share their faith through Hope for Kids. On Sunday mornings, they gather again with some adults for a praise and worship service.

âThey could not pray or talk about Jesus,â said Emmanuel. âNow they are learning how to pray and share the Gospel with others.â

3 Responses to Church in Angola Begins with Children