Church Spotlight: From Restlessness to Evangelismâ¦ posted by Evangelism Explosion on Sep 25, 2019

One Church renews its commitment to the Great Commission

New Palestine Bible Church began simply as a church satellite in Indianapolis on Easter Sunday morning in 2001. Since its inception, missions has been a part of the vision. The church gave a tenth to missions efforts and supported several missionaries. 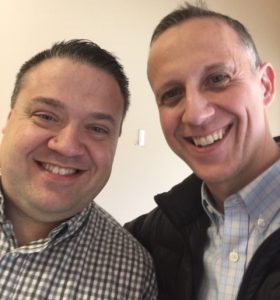 âAs far as local outreach goes, we did different things at different times, but I wouldnât say it was a strength of ours,â said Pastor Brett Crump, who took over the pastorate in 2002. The church officially became its own identity in 2006 and seemed to be doing well, but Crump felt something was missing.

âI was having a sense of restlessness in ministry. I began to ask: what are we not doing?â The Lord showed him. What was lacking was evangelism. âAs a pastor, you have to be intentional about engaging with lost people. I needed to carve out time to do that. Then, I needed to lead by example and bring other people along for the ride.â

The problem was, since his seminary training, Crump had not had any further evangelism training, so last fall, he decided to teach a Sunday evening series on evangelism.

His friend, Pastor Josh Jacobs of Hunter Road Bible Church, just happened to be hosting a Share Your Faith workshop in September. After attending, Crump and a member of his church joined Jacobs to go through a semester of Everyday Evangelism.

âIt was a great experience, but it was a baptism by fire,â said Crump. The closest shopping mall was about twenty minutes away. âI knew how to share the Gospel, but I had not been trained in a method that was biblical and repeatable for training purposes.â 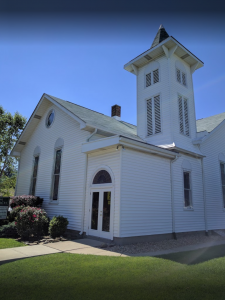 Crump was hooked. He brought three more people from his church to another Share Your Faith workshop at Jacobsâ church, then arranged to host a workshop for his congregation.

âWithin twenty minutes of going out for the first time, the first guy was praying to receive Christ,â said Crump. âThe next week, we went to a different place and walked someone else through.â

Several teenagers and members from other churches joined the congregation at New Palestine to learn how to share their faith. Crump followed the workshop up with a semester of Everyday Evangelism that he taught on Sunday evenings.

âWe are excited to have a method that is biblical, has been used by many, is easy to learn and hard to forget,â said Crump.

As he shares stories with the congregation about the encounters they have had during on-the-job training, people are getting more excited. While Jacobs is organizing events to get pastors together to pray about evangelism, Crump has spoken to other local pastors about using EE to aid in their churches evangelism and sees his congregation more equipped to share the gospel.

âI see us using what weâve learned with EE to possibly do another Share Your Faith workshop to get other churches involved.â