Delegates from 86 nations gathered in Malang, Indonesia, in August, for the third triennial Congress of Nations posted by John Sorensen on Aug 22, 2016

Malang, Indonesia, August 22, 2016 — Delegates from 86 nations gathered in Malang, Indonesia, in August, for the third triennial Congress of Nations sponsored by Evangelism Explosion International, a global outreach that trains people to share their faith in Jesus Christ. 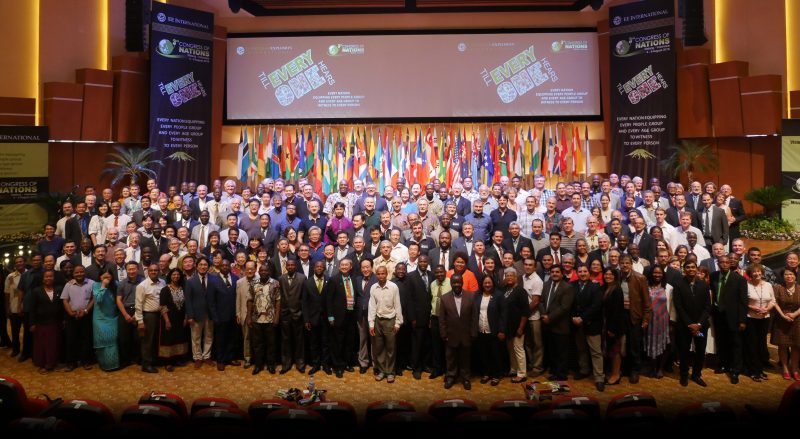 More than 10 million people worldwide professed faith in Jesus Christ through Evangelism Explosion in 2015 and the Congress gives delegates the opportunity to strategize on how to reach even more people with the Gospel. Nation delegates shared methodologies and approved a series of resolutions that were included in a formal Declaration issued at the conclusion of the strategic conclave.

The gathering in Malang comes six years after delegates from 30 nations participated in the first Congress of Nations in 2010 in Kuala Lumpur, Malaysia. That inaugural Congress launched a new approach to the global work of EEI in which indigenous EE organizations partner to strategize and work together for the effective spread of the Gospel. 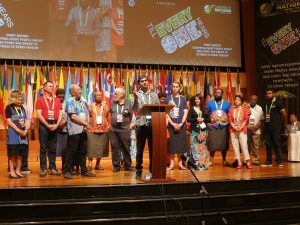 Founded in 1962 by the late D. James Kennedy, Ph.D., EE was planted in every nation by 1996. It is now intentionally focusing operational strategy of the evangelism equipping outreach to include a growing international covenanted network of indigenous EE partnerships.

Each national EE group at the Congress of Nations has met a rigorous set of 12 standards necessary to participate and to be designated as an Evangelism Explosion âMultiplying Nation.â Qualifying national groups must be self-supporting and have a board of directors, a national director, paid field staff, and an annual action plan. They must also be actively implementing EE in churches nationwide.

âBy the 2019 Congress, our goal is to have more than 100 nations reach Multiplying status. Weâre on our way to meeting and possibly exceeding that goal,â said Sorensen.

EEIâs ultimate goal is to see every person on earth have the opportunity to hear the good news about Jesus, and believes a key strategy for that to happen includes equipping Christians through an EE movement in every country.

The Congress of Nations includes pageantry with a ceremony in which delegates march into the assembly hall, each carrying their nationâs flag.

âItâs not just a ceremony,â says Sorensen. âEach of these participating nations represents ministries that are having a profound impact on the world through training people to share the Gospel of Jesus Christ.Â Thatâs the ultimate goalâreaching every tribe, every nation and every people group with the good news of salvation through Christ alone!â

One Response to Delegates from 86 nations gathered in Malang, Indonesia, in August, for the third triennial Congress of Nations