EE International Board of Directors Elects a New Chairman posted by jwatson on Dec 03, 2012 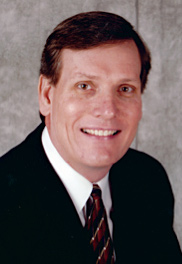 The Board of Directors of Evangelism Explosion International has elected a new chairman of the board.

Dr. David Self, Executive Pastor of Houstonâs First Baptist Church, has been appointed to fill the position, which was held by Dr. Sterling Huston until his death in June 2012.

Dr. Self was ordained in 1970 and has served as a youth minister, pastor, conference leader, camp director and revival evangelist through the years.Â  He first attended an EE clinic in 1976 and began teaching clinics in 1978.Â  Since that time, he has taught more than 50 clinics and advanced seminars in the US, as well as in Zimbabwe, Japan and England.Â  He is responsible for the success of EE in several churches that became clinic bases.

With a passion and zeal for equipping lay people to share the gospel, Dr. Self hasÂ  contributed to many publications, magazine articles and teaching series.Â  He has also authored several books, most recently âChurch Work Rules!â