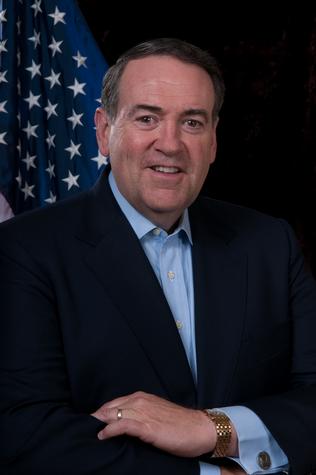 âIt is our privilege to recognize Gov. Huckabee for his service as a Christian Statesman,â said Dr. Roller, Executive Director of the Center for Christian Statesmanship, which serves legislators, staffers, and interns on Capitol Hill.

âGov. Huckabeeâs commitment to Christ distinguishes him as one of the leading Christian statesmen of our time,â said Dr. Roller. âHe is an individual who is helping to show the way for all who desire to guide our nation at this time in history.â

Well-known for his popular weekend television show on the Fox News Channel, as well as his two daily radio shows syndicated nationally by Cumulus Media, Gov. Huckabee served as Arkansasâs governor from 1996 through 2007. One of the youngest governors in the country at that time,Â Time magazine named him one of the five best governors in America. He also served as Chairman of the National Governors Association. The author of nine books (four of which made the New York Times best-seller list), Gov. Huckabee also spent 12 years as a pastor and denominational leader. He became the youngest president ever of the Arkansas Southern Baptist State Convention.

The Distinguished Christian Statesman Award, given annually since 1996, seeks to honor individuals who combine excellence in public service with character and faith in God.

âIt is our hope that this award will help make Christian statesmanship once again the goal of public service,â said Dr. Roller. âAmerica needs a new generation of leaders who follow the same faith-filled call that our founders heardâthe call of Christ.â

The D. James Kennedy Center for Christian Statesmanship seeks to equip a new generation of leaders for service to both God and country through a wide range of ministry activities, including:

Founded in 1995 by the late D. James Kennedy, a minister, author, and evangelical leader, the Center for Christian Statesmanship, a ministry of Evangelism Explosion International, has impacted thousands of lives by bringing a gospel witness, Christian discipleship, and a vision for Christian statesmanship to leaders in Washington.