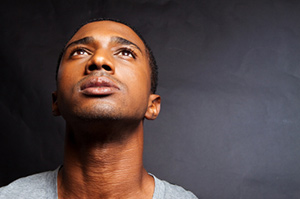 There are a lot of things we believe in that we cannot see. I believe in gravity. You can say you do not, but if you jump off the top of El Capitan in Yosemite, youâll experience something you cannot see and you just may change your mind in regard to its existence.

Some people assume that in order to believe in God we have to shelve our brains and take a blind leap of faith. God has never asked us to have a blind faith. He invites us to come and consider Him and His truth, âCome let us reason together,â He says. We can offer good calculated reasonable answers for our faith in God and His word. By contrast, it is the unbeliever who has taken the blind leap of faith when they have rejected the existence of Heaven and Hell and of God Himself without ever investigating the evidence around them.

âFor the wrath of God is revealed from heaven against all ungodliness and unrighteousness of men who suppress the truth in unrighteousness, because that which is known about God is evident within them; for God made it evident to them. For since the creation of the world His invisible attributes, His eternal power and divine nature, have been clearly seen, being understood through what has been made, so that they are without excuseâ (Romans 1:18-20).

By the way, there is no evidence to prove that there is no Godâit is an argument from silence. If challenged, an honest skeptic will have to admit he has no proof that God does not exist.

We can prove that He does.

We canât exactly draw a picture of God for the skeptic, but we can give them some logical proof of His existence. One of the proofs we can use for God has four pointsâremember CADO and you will always have an answer for the hope that is in you.

The anthropologist finds a rock with evidence that it had at one time, long ago, been shaped into a tool and he uses it as proof of human civilization existing in ancient history. It has a few scratches on it, which indicates that it was intentionally shaped for a purpose. Then he looks at the infinitely more complex design of man and does he remain consistent with his investigative protocol and conclude there must have been some intelligent designer behind the human being? No. Since heâs already decided that God does not exist, he concludes that man must have somehow come into existence apart from any outside intervention, he must have just crawled out from under a rockâmaybe the same rock he then learned to make into this tool!Â  âSee,â he says, âthese things donât just happen on their own. The scratches on this rock prove there was an intelligence and designer behind it.â

All weâre asking for is reason and consistency. Creation/Creator, art/Artist, design/Designer, order/Orderer:Â  logical, reasonable proof that there is a God behind this universe.

7 Responses to âIf you canât see God, how can you believe in Him?â