More EE âHelpsâ For You to Share During Easter posted by jwatson on Mar 19, 2013 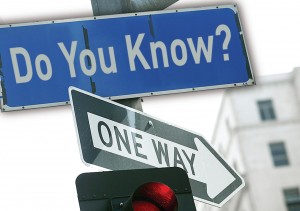 The evidence is overwhelming, Jesusâ resurrection is true! We present five proofs for you to engage others in spiritual conversation during Easter. Select one or two that are easy for you to remember, or print all of them out and place them in your spiritual tool bag.

First, it is well established that the early Jews, most of them enemies of Christ, admitted the empty tomb by claiming that Jesusâ body was stolen. Remember that the Jewish leaders were opposed to Christianity. They were hostile witnesses. In acknowledging the empty tomb, they were admitting the reality of a fact that was certainly not in their favor. So why would they admit that the tomb was empty unless the evidence was too strong to be denied? Answer:Â  Because the fact is genuine, especially when a source admits a fact that is decidedly not in its favor.

Second, if Jesus did not actually rise from the dead, why did the disciples go from frightened, timid followers of Jesus before his death, to bold evangelists willing to die preaching his resurrection if they just really made the whole thing up and he was still dead? Remember, before Jesus was crucified, the disciples were, for the most part, cowards. Peter denied even knowing Jesus three times before the crucifixion. What event changed them from cowards to courageous? Answer:Â  They must have actually seen the risen Jesus.

Third, how did Saul of Tarsus, the chief persecutor of Christians convert to become the Apostle Paul, the chief follower of Jesus if he didnât really have an encounter with a risen Jesus? Logically, if Jesus didnât really rise from the dead, Saul would just gloat in his victory, exposing Jesus as a fraud who couldnât conquer death after all, so what event could have caused him to convert? Answer:Â  He must have actually encountered the risen Jesus as recorded.

Fourth, why would thousands of people immediately convert if Jesus didnât actually rise from the dead? Think about it. History is clear that thousands upon thousands were instantly and immediately mass converting to be followers of Jesus, as many as 3,000 in a day. It is recorded that after the crucifixion, Jesus appeared alive over a span of 40 days and to â500 brethrenâ. (Back then, only men were counted in crowd totals, so factoring in women and children, Jesus most likely appeared to safely 1,500 to 2,000 people over 40 days). So why did thousands convert? Answer:Â  Crowds must have actually seen the risen Jesus.

Fifth, how can anyone refute at least 333 specific, concrete and definite prophecies fulfilled in the person of Jesus Christ including the resurrection, written almost four hundred years before Christ was born? They cannot because the Bible is not just a book written by men. Acclaimed legal authorities, weighing this evidence for the resurrection, agree that in a court of law, it would be adjudged to be an absolute historical fact. How is it that every prophecy about Jesusâ lineage, birth, ministry, suffering, death and resurrection, recorded years before it happened, were fulfilled in the person Jesus Christ? Answer:Â  Because the resurrection of Christ is the best-established fact of antiquity.

If you need help to share the wonderful hope of the Gospel, visit Steps to Life.