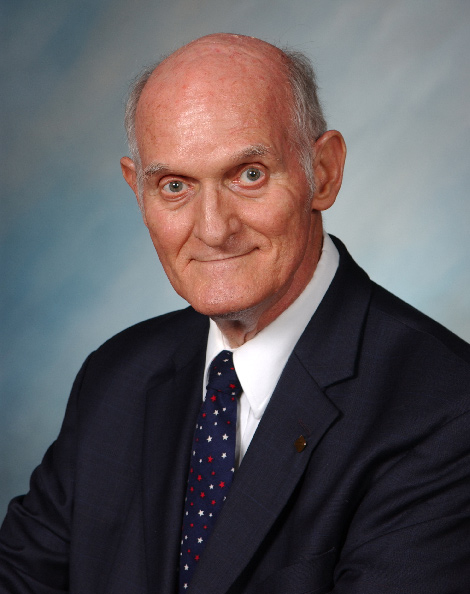 Rev. GainesâBuddy, as he is almost universally knownâslipped away peacefully at his home to be with His Lord Monday, January 5th. Â We extend our heartfelt condolences to his dear wife, Martie, who served alongside him throughout his ministry, and to his entire family.

And yet, we do not grieve as those who have no hope. Buddy rested his hope for Heaven entirely on what Jesus did for him. We know where he is. He is absent from the body but present with the Lord and alive forevermore.

EE Pioneer Across Asia and Eurasia

Too few know the magnitude of Rev. Gainesâ contribution to EE and global missions. He pioneered the introduction of Evangelism Explosion (EE) across Asia and Eurasia during his nearly 30 years of active service to EE. Since 2013, more than 800,000 people professed faith in Jesus Christ in the nations of the former Soviet Union and Asia, a consequence in large part of the foundation he established during many years of tireless international service.

Buddy first became involved in Evangelism Explosion in 1973 when he attended an EE clinic in Fort Lauderdale. By that point, he was already a seasoned overseas missionary, having spent more than a decade in ministry in Hong Kong. This week-long training seminar in effective evangelism proved pivotal for the career of Rev. Gaines and the course of Christian missions across the Far East.Â It initiated a chain of events that led Buddy in 1979 to accept the position of EE’s first Continental Vice President for Asia. It was then that Buddyâs disarming humility, capacity to easily connect with others, natural talents as a teacher, along with his training and long experience, all combined to bring an explosion of Christian expansion across the continent of Asia.

Buddy soon led the effort to introduce Evangelism Explosion into Hong Kong, Taiwan, South Korea, Japan, Mongolia, mainland China, Macau, the Philippines, Malaysia, Singapore, Thailand, Burma, Indonesia, Laos, India, Pakistan, Israel, and Egypt. By 1996, EE was in use in all 42 nations of Asia. By 2002, some 125,000 Asians were trained in EE and more than five million people had professed faith in Jesus Christ. In 2013 alone, almost 20,000 Asians were trained to share their faith in Jesus Christ through EE.

Much of this is the consequence of the talented and tireless efforts expended by Buddy. He was fully dedicated to using EE to reach as many people as possible with the wonderful news that God offers forgiveness and eternal life through Jesus Christ.

Buddy was also instrumental in bringing Evangelism Explosion to the nations of the former Soviet Union. He spent a third of his time in that region in the years immediately following the fall of the Iron Curtain. In 1993, he was in Ukraine for an Evangelism Explosion clinic and had a meeting one morning with Dr. Nickolay Revtov, a disenchanted Communist and celebrated professor of metallurgy at Priazzovsky Technical University in Mariupol. Dr. Revtov had four earned doctorates and, as vice rector of the school, he was a likely candidate to become the University’s president.

Rev. Gaines spent two hours sharing the Gospel with Dr. Revtov who refused all interruptions to focus on the presentation. Buddy recalled what happened as the meeting came to a climax:

“It was nearing noon when I completed the presentation of the Gospel. ‘Does this make sense to you, Dr. Revtov?’ I asked.

“‘Would you like to receive the free gift of eternal life now?’ I continued.

“‘Yes, I would!’ So we prayed and he trusted Christ and Christ alone for his personal salvation and for the free gift of eternal life!”

Dr. Revtov’s wife and family later joined him in professing faith in Jesus Christ. Nikolay, as we have come to know him since, subsequently passed up the opportunity to become president of his university and entered the ministry. Mentored by Rev. Gaines, he is now Evangelism Explosion’s Vice President for Eurasia.

His natural leadership skills—he served as student body president in both high school and college–merged with a rare humility and passion to win others to Christ. The results have been historic.

While many have worked alongside him, Rev. Gaines led the way in pioneering EE across Asia and the former Soviet Union. Millions know and love Jesus Christ–and are effectively sharing him with others–because of the love, dedication and service of this outstanding man.

It has been a privilege and pleasure for me, personally, to have known and worked alongside Buddy. May God bless and be with his wife Martie and his entire family during this time of loss.