Stewardship â a Matter of Joyful Obedience posted by jwatson on Sep 26, 2014 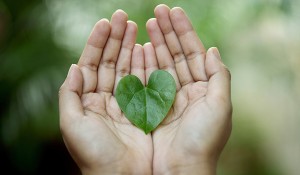 I had an experience yesterday that highlighted what this stewardship issue looks and sounds like.Â  In my role as COO of Evangelism Explosion, I regularly receive âgiving reports.âÂ  The report includes digital copies of the donation slips included by each donor.Â  My eyes were drawn to a donation slip that had a name underlined and a notation above the name. (Note â as I tell this story, I am using the actual first names but omitting the last name.)Â  The name Harold was underlined and the note read, âdied 6/27/14.âÂ  One more fact before continuing:Â  Ranked in manâs terms, the gift given would be included in the âsmallâ category.

Over the years, when a prompting comes into my mind, I have learned to view it as the work of the Holy Spirit and, therefore, take action.Â  When I saw that circled name and notation, I was prompted to call Ruth, the widow.

I called and Ruth answered. I could hear a hesitation in her voiceâ¦and understandably so.Â  But when I identified myself by name and mentioned Evangelism Explosion, she instantly warmed.Â  I simply stated that I had seen her note of Haroldâs death and had called to express my sympathy.Â  With that the conversation flowed.Â  I asked her how long she and Harold had been married.Â  Listen to thisâ¦they had celebrated their 63rd anniversary!Â  After a few minutes of conversing about Harold, her marriage and the struggles that come with the adjustment, we turned our attention to the promises of the Lord and the power of the Gospel:Â  Harold is now living in the perfect, glorious never-ending presence of his Lord.Â  Then I shared one of my favorite verses in all of the Bible:Â  Precious in the sight of the Lord is the death of His saints (Psalm 116:15).Â  It was evident that Godâs Word had ministered to her in that moment.Â  Then I prayed with her.

Following the prayer, Ruth said, âI wish I could give more, but with the medical costs and inflation and all, this is all I can give.Â  But I will continue to support EE for we believe in what you are doing.âÂ  Then she said, âYou do not know how much this call means to me.âÂ  With tears in my eyes (and I am not a crier), I said, âRuth, you do not know how much your support means to us at EE!âÂ  Upon hanging up the phone, I knew that I had just made a new friend.

P.S.Â  This morning, when I arrive at my office, I will write thank you notes to the 29 people from the giving report where I came across Ruthâs name.Â  They range in size from $1000 to $1.Â  I praise the Lord for each and every act of stewardship represented in every one of those names.