It began modestly. Years ago, Paul attended a church in Ohio that used the EE training. Through EE, Paul made a profession of faith in Christ and became a bold witness.

Paul is Asian and directed a program called English of Second Language at his home church. Paul met a student named Jon-Pong who struggled with the English language. Jon-Pongâs father could not take him to the class because he co-owned a restaurant, and it conflicted with the time of the language program. So Paul picked Jon-Pong up on Wednesdays and brought him to the class.

Paul was committed to the task for more than a year when the wife of the other restaurant owner, Yashin, asked Paul if he would also take her two younger sons to the class. Paul agreed and learned that the two sons read their Bible and talked about Jesus, which led him to talk to Yashin about her faith.

Paul learned that Yashin was not saved and, due to a language barrier, he left her a Chinese Gospel tract. He implored her, âPlease read everything!â One week later, Yashin shared that she made a profession of faith in Christ and wanted to be baptized. Today she is a regular member at the church Paul attends and asks for prayer for her husbandâs salvation.

For help with sharing the Gospel, visit evangelismexplosion.org/steps-to-life

To register for training, visit evangelismexplosion.org/training 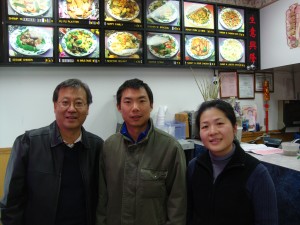