The âFlash Mobâ That Came at Christmas posted by John Sorensen on Dec 23, 2013 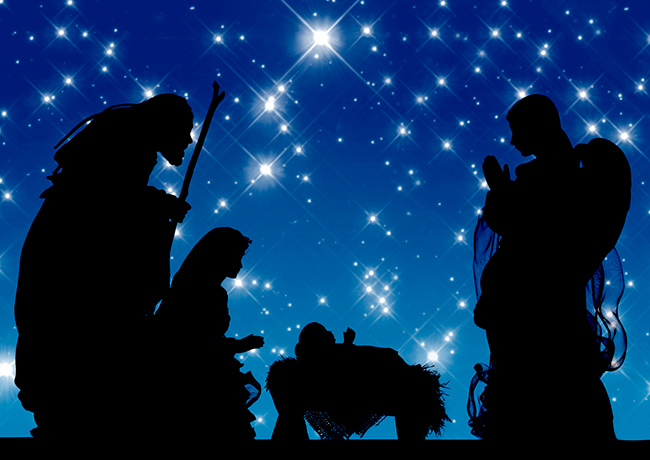 The U.S. Air Force band delivered a surprise concert early this month at the National Air and Space Museum in Washington, D.C.

Unsuspecting museum-goers were pleased and delighted as musicians slipped out from behind displays, took up instruments and began a four-minute performance that included Bachâs “Jesu, Joy of Manâs Desiring,” as well as “Joy to the World.” A choir of vocalist sang from the museumâs second-floor balcony.

You can watch it here but, advance warning, it may be hard to keep tears from streaming down your face as you watch this impromptu performance of some of the worldâs most beautiful music celebrating the coming of Christ.

That powerful and unexpected moment at the Air and Space Museum made me think of another âflash mobâ that took place 2,000 years ago outside Bethlehem.

The surprisedâand terrifiedâonlookers on that occasion were simple shepherds tending their flocks at night. A majestic âangel of the Lordâ suddenly interrupted the darkness, bringing with him the shining brightness of Godâs glory and words of comfort and joy:

âDo not be afraid, for behold, I bring you good tidings of great joy which will be to all people. For there is born to you this day in the city of David a Savior, who is Christ the Lord. And this will be the sign to you: You will find a Babe wrapped in swaddling cloths, lying in a manger.â (Luke 2:10-11 NKJV)

The cowering shepherds may have begun to breathe a bit easier with those words of cheer and hope. But then, without warning, the ultimate heavenly âflash mobâ abruptly appeared before them and their racing hearts skipped a collective beat again.

Heavenâs excitement at the birth of the Savior erupted in praise to God as a âmultitude of the heavenly hostâ appeared to the shepherds, saying, âGlory to God in the highest, and on earth peace, goodwill toward men!â (Luke 2:14).

That is our message at Christmas and one weâre delighted to give year round as we announce the coming of Jesus Christ to save us from our sins.

As I think back this Christmas on what God has done in 2013, I cannot help but celebrate the millions of people who professed Jesus as their Lord and Savior through EE worldwide.

I am extraordinarily grateful to God and to all of you who co-labor with us in bringing Christ to the nations. Itâs safe to say that the sun never sets on EEâs work as we actively engage every moment of every day,Â  multiplying witnesses to continue to announce the great news, first proclaimed 2,000 years ago in surprise âflash mobâ fashion, that a Savior is born.

Merry Christmas and joy to the world!