More than 1.2 million people have fled from the war in Southern Sudan and settled in Northern Uganda. Conditions in the refugee camps are harsh. Men, women and children live in simple dirt huts that they have often built themselves. Food is only supplied once each month by the United Nations. There is no running water and no gardens to grow food. Yet, refugee believers within the camps are rising up to take the Gospel, a message of hope, to children and adults inside the camps. 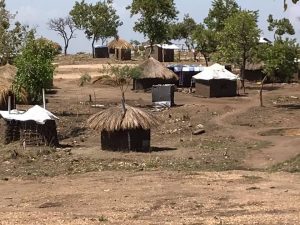 After Petr and Chisomo were trained as field workers, they began serving Evangelism Explosion in Uganda. Two years ago, they felt God call them to train believers in EE in the refugee camps. But in order to go into the camps, they are required to bring food and supplies for the refugees who live there. And, as the camp is spread out over a 50 km area, they need to provide transportation for the 50-60 refugees who attend each training.

So far, Petr and Chisomo have trained 125 leaders inside the Imvepi Refugee Camp, which has more than 400,000 refugees. These leaders set up Sunday Schools and afternoon Hope for Kids classes to engage children who have nothing else to do. One Sunday School class began with 45 attendees and now has over 300. Many others have at least doubled or tripled in size.

âThere is the opportunity for God to do something special here,â said Rod Story, International Vice President. âIn this refugee camp culture, there is nothing else for people to do, so it provides an amazing opportunity for the team to carefully and thoroughly disciple children.â

Among the leaders who have been trained are two Anglican pastors who escaped from South Sudan and settled in the Imvepi Refugee Camp. They teach Hope for Kids four times each week for children after school. They are also excited about taking what they have learned back to their home communities in South Sudan and anticipate they can return within the next 12 to 18 months. 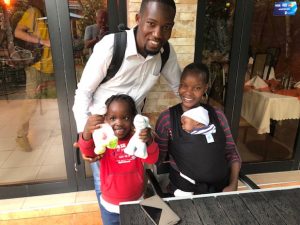 But the need in these refugee camps is much greater than Petr and Chisomo can manage. This summer, they recruited three people who were willing to be trained as EE Field Workers in the camps. However, they were unable to obtain the permits they needed to attend the training in June. Please pray that the resources will be available for them to attend the needed training next year, so that they can help Petr and Chisomo equip even more refugees to share hope inside these refugee camps.