During the COVID-19 quarantine, Rev. Mimsie Robinson spoke with a young man over the phone who was dealing with anger. He asked the young man the two EE diagnostic questions and listened as he shared his uncertainty about Heaven. The door was open for Rev. Robinson to share the Gospel, and that young man prayed to receive Jesus Christ. Because New York City was under quarantine, Rev. Robinson began meeting with this new believer over FaceTime each week to mentor and disciple him in his new faith. 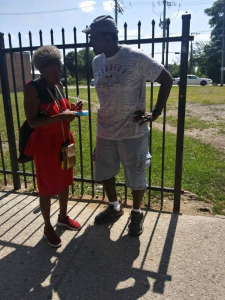 One of the associate pastors of Bethel Gospel Assembly, Rev. Robinson is passionate for evangelism. God has strategically placed this church in Harlem to reach the nations with the Gospel. Thousands of international guests have visited Bethel in the past, and when things regain some semblance of normalcy, this will most likely continue, providing great Kingdom opportunities.

Missions and evangelism have been the bedrock of the congregation since 1917 when a German missionary began meeting with two newly-saved young West African girls in their home. Today, Bethel Gospel Assembly has grown to about 1,200 members, including separate French-speaking and online Japanese congregations. Many in attendance are visitors who hear the Gospel and then return to their home countries.

âBecause they hear the Gospel, not just in English, but in a language closer to their own, itâs easier for them to embrace Christ as their personal Lord and Savior,â said Rev. Robinson. But he believes they could do so much more.

âGetting people trained to share the Gospel effectively is so critical,â he continues. âTheir worship is going to be different. Their actual understanding of Christ and their relationship with Him is improved by having gone through it and being able to actually declare it.â 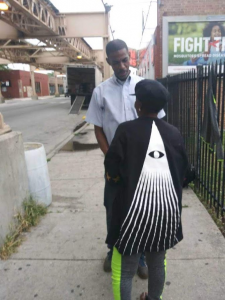 Throughout the years, the church has been involved in many evangelism initiatives, including ongoing Saturday outreaches. But in 2002, Rev. Robinson wanted to teach the people how to do evangelism more effectively. Thatâs when someone introduced him to EE, and he attended a leadership clinic at Coral Ridge Presbyterian Church led by Dr. D. James Kennedy.

âWhen Evangelism Explosion was instituted into the picture, it became a means to which evangelism could become more effective. More people were sharing Christ and feeling more confident about doing it. And they were seeing more people respond to the Gospel, because there was a clearer presentationâ¦Itâs given everyone taking it a greater command and understanding of the Gospel.â

At first, the congregation was hesitant to learn a âcannedâ presentation, but they soon realized the flexibility it offered to make it their own. In the process, they saw many people accept faith in Jesus Christ. Even those who werenât ready to receive salvation thanked them for sharing the Gospel in a way they could understand.

To date, about 200 people from the con-gregation have completed at least one semester in Classic EE. Robinson says they are the âmost evangelistic peopleâ at his church.

âThose who have been involved in Evangelism Explosion tend to be the ones who are most forward in evangelism and outreach,â said Rev. Robinson. âEven our mission trips have been mostly populated by those who have been through the training. They have a certain confidence, a certain commitment to it. They are fired up about it.â 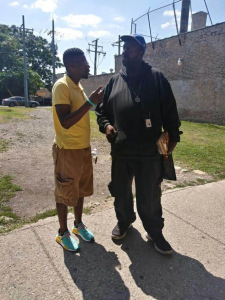 Robinson wants to equip more people in his church to share their faith, especially the members in their international congregations who have the closest contact with international visitors. But the problem is time. âItâs not that people werenât interested. The times often conflicted with something that they were either finishing or something that they had already signed up for.â

He believes the answer could be online training. People can take EE at a time that works in their schedule and then arrange a time with a trainer to go out and put it into action. After experiencing the first EE training through GO2020, he was ready to recommend it to his entire congregation.

âWe donât know what church is going to look like when we get back. We have to keep moving forward for the Gospel. Weâve got to keep thinking about how to get the message out there.â