âWe were sure that God was going to interfere.â posted by jwatson on Oct 31, 2013 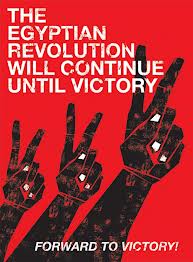 Believers in EgyptâCrying Out to God

Christians in Egypt had been praying for reform for more than 40 years says Senior Rev. Dr. Sameh Maurice. Dr. Maurice is an evangelical pastor in Cairo who is trying desperately to communicate the reality of the state of Egypt with the Western world.

They have been crying out to God for years that something would change the course of the Egyptian nation, and then came a revolution on January 25, 2011, led by young people without any political background. Forced into the streets from social repression, lack of freedoms and democracy, they had had enough.

But they found themselves in the hands of Islamic militants leading the country into a theocratic regime. The Egyptian president bowed to the regime and the people of Egypt were infuriated. âEverything from our economy to security became a disaster.â

This past summer, another revolution of the people was the result. It started, innocently enough with a petition to re-elect a new president. 22 million individuals signed it, and they hoped it would correct and restore what the Islamists kidnapped. They desired a civil nation, a right constitution, a free democratic country. They sought the freedom to express thoughts freely, to have a new future and destiny. Christians prayed fervently. 30-million demonstrators took to the streets last June.

For days the 30-million demonstrators acted peacefully. Life stopped for the Egyptian people as they sought change. Finally, it left the army no choice but to ask the president to step down. The next day, the president surrendered leadership to the Supreme Court, exactly what the people had hoped for, and to rewrite the constitution to represent a real government and to save the nation from the collapse of the economy. It would include early and fair elections for parliament and the president, supervised by the international community.

âTo our surprise, the Islamists decided to not only resist, but to fight back and terrify the community,â Dr. Sameh Maurice says. âAs a community we are against this terrorist organization.âÂ  And 30-million people swelled to 40-million against the violence.

âI do not understand why the foreign media like CNN are not telling the truth,â says Dr. Maurice. âThey take pictures of the demonstrators demonstrating against Mosni and say they are FOR Mosni. Why is the Obama government supporting the Muslim Brotherhood against the will of the Egyptian people?â

The protestors were asked to go home peacefully and that the perpetrators of the violence would be held accountable. Unfortunately, the Islamists attacked Christian churches, schools, bookstores and homes. âIt is a miracle that Christians responded in a Christian way and reflected the light of Jesus. We said, âWe forgive you.ââ

âThe foreign media did not cover this, and then they blamed our government for not protecting the Christians instead of blaming the terrorists, the Islamists and Muslim Brotherhood for their attacks,â exclaims Dr. Maurice. âItâs ridiculous and ugly.â