World Cup and Spirituality posted by jwatson on Jun 27, 2014 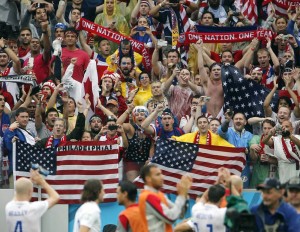 Global frenzy has arrived. It is called World Cup Soccer. America is following the World Cup with the same fervor as soccer hotbeds in Europe and South America. Televisions in sports bars usually reserved for Major League baseball games are now tuning in to futbol.

But while change is on the horizon (a 2012 poll by social scientist Rich Luker found that soccer was the second-most popular sport for Americans ages 12 to 24, trailing only the NFL), one thing will never change in this world:Â  Man is a sinner.

What does that have to do with World Cup soccer? In a heated game between Italy and Uruguay, Uruguayâs Luis Suarez bit Italyâs Giorgio Chiellini late into Uruguayâs final group game. No stranger to controversy, Suarez received multiple game bans for past incidents of biting opponents. Following this latest incident, he faces a lifetime ban from soccerâs governing body, FIFA.

Which brings me to my point:Â  The law is the law. There is no wiggle room. Thatâs bad news for Suarez and for us.Â  But the good news is that Jesus didnât come to relax the law but to FULFILL it. So when we mess up, which we do every day, the law doesnât get ignored, or changed, or circumvented. There are consequences for our actions. God has always demanded perfection.

But Jesus fulfilled the law on our behalf. It rests solely on His shoulders. Jesus has delivered perfection for us.